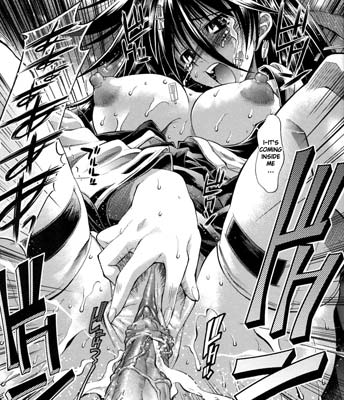 Pura Tina Plus, COMPLETE, 211 pictures, is available on THAT page !
Enjoy !

Are you sure the title is Pura Tina? Since it's katakana I thought the title was Platina.

maybe it's supposed to say Platinum?

It's weird here though, because if you look at the title, "pura" is in katakana, but the "tina" part is in hiragana. Also, if you look at the first four pictures in the Chapter 1 gallery, they also spelled it out in English too as "Pura-tina Plus", to emphasize the separation of the "pura" and "tina". Maybe there's a joke/pun or other meaning in the title?

Thanks a lot to Biribiri, Afro Thunda and Omega999 for bringing us this latest chapter of what has come to be a real favorite series of mine. Many thanks Oliver for sharing this here.