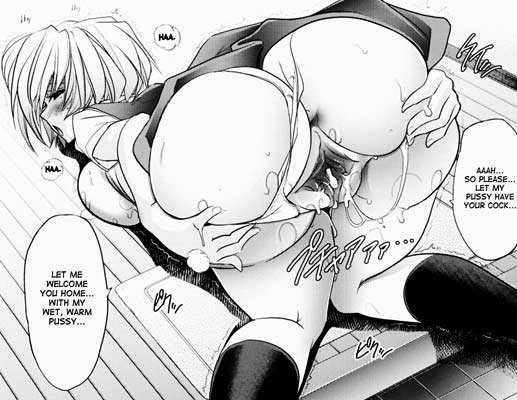 We only see Shinji during a brief moment and he plays no part in this Evangelion parody, however, a funny idea came to me. What if Asuka really was a futanari, and Shinji was, actually, so depressed and negative because his nanopenis was horribly shorter than hers ?

OK, more (just a bit more) seriously, this here is a brains-free futanari Evangelion doujin, displaying futa Asuka X non-futa Rei having sex all around. No more, and not less.
The drawings are nicely intense, the bodies plump and juicy, the breasts large with huge areolas, it’s a pity there’s one dick too much in this, and even two when Rei removes the seal on her Berserk mode

This was released by Desu, thanks a lot