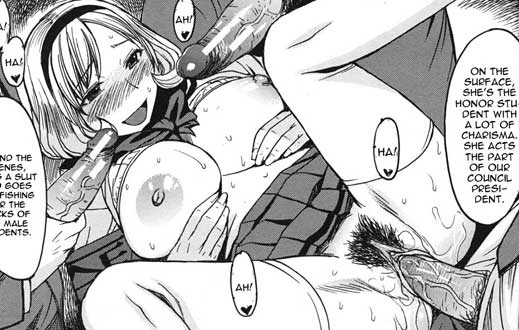 There are two ways to see this story.
First way : a candid highschooler finds the woman he loved is a slut, and the slut willing to become successor to her makes him his pet, he accepts and gets broken
Second way : «Doesn’t matter, had sex» ©®™