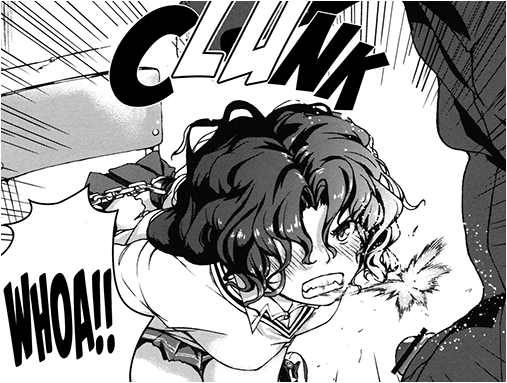 UPDATE – this work is now OBSOLETE, the UNCENSORED version of this share is now available !

You can find the uncensored version HERE !

HurpDurp here, with a dj about Kaori getting punished by Junichi (via bondage) for a remark she makes, as seen above. Coincidentally, it was her birthday recently. Like yesterday or something. So let’s all wish a fictitious character from a video game a birthday~

This whole thing has a IRL clusterfuck of a story that goes along with it, but it’s pointless and boring so I’ll put it after the jump if you care enough to read it.

This is brought to us by Red Vodka of Red Vodka’s Magical Paradise and some anonymous person in Life4Kaoru. Perhaps he’s anonymous because he didn’t wanna be associated with the story below~ Also, a big shout out to Anonymous Scanner who came back from the dead to be a bro and deliver this for Red.

And now for that story… Drama llamas etc, so if you don’t wanna read those, don’t read this:

Remember when Red and I did that hypnoshit manga? You may also remember I said something about us trying to buy an hypnosis session to go along with it unsuccessfully. Red decided to then use that money to fund the purchase and scanning of this here manga. Since he used the money he promised me for Japanese hypnosis, I became the editor of this. However, before he got it he decided to give it to someone else because he’s an asshole. Unsuccessful in getting someone, I ended up being the editor once again. But this was after I kindly offered my services in doing two other mangas he was unsuccessful in getting editors for (which by the way are so godawful in quality, it literally takes me four hours just to clean a single page). Then he started getting pissed off that I had other things to do and was unable to finish those other mangas in a timely manner (those other things being posting shit here while Oliver is on vacation AND dealing with that whole I DON’T HAVE A FUCKING DESK TO WORK ON ANYMORE thing, by the way), he went and got L4K to do this instead of me. ._.

In other news, I was forced to buy a desk online yesterday. It won’t get here until Monday, so the earliest I’ll have it set up completely is Tuesday (maybe Wednesday). I’m hoping my tower will fit (I actually contacted the retailer and specifically asked if it would and they said yes), otherwise I’ll have to disassemble and send it back D:

At any rate, well done.

Did you even read the first sentence? “Kaori is punished (via bondage) for a remark she makes, as seen above.” That’s what happens. Can’t really think of a better way to describe it.

I did, however, just clarify the post to state she’s only punished by a single person.

I hope you took the time to inform Red of how much of a whiny gutless pile of congealed hippopotamus vomit he is and that he should go stick his papa's dick back in his mouth for being such a goat fucking bitch.

Well, I've told him time and time again he's an asshole to his face :V

ah k, that clarification makes it, thanks for that

Just thought i would give a quick summery.

Partially forced but no mindbreak or anything, she promptly gets revenge (after the story) and is unlikely to be holding a grudge over it. It was most like play then true rape. Jumping to the end I found it a slightly fun ending.

Although I fail to see how handcuffing a guy to a school desk is going to restrain him at all. My 9 year old neice could pick those up and wander aroud with it if she felt like it. If anything you just gave him a shield to keep you from getting your revenge…

Or just lift it up and get out from under it :V

That would not work as the desks have a cross bar to increase stability around 6 inchs from the ground. Nothing stoping you from lifting it and walking away though.

Walking away carrying the desk that is. Would draw attention I'm sure.

The desks in my schools never had those… But, yeah, I just noticed these seem to. My fault~