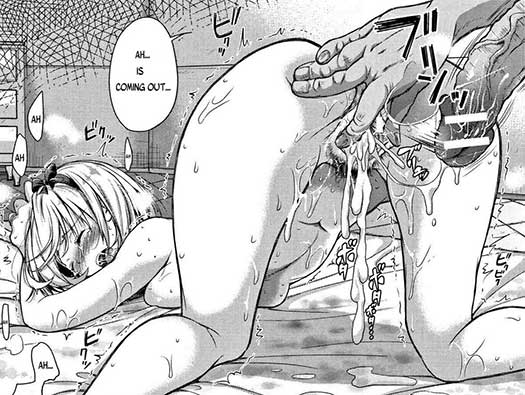 Oh, for fuck’s sake, that was such a bore to read, I’m glad this is over.

To each his own of course, so I’ll still give more details, Tane No Nai Hachi caters to the audience who loves watching a male MC cucked hard. First he and his wife are presented as hopeless idiots who ignore how sperm donation works. And then, all along the manga, his wife is gradually stolen by an alpha male, and the other woman to whom he starts feeling attached is stolen back (and even better, he is “used” in the process to unlock the achievement.)

I get it, I get it, plenty of people love it, sure. But me I was rolling my eyes so much it started to hurt

Anyway. Enjoy if you dig netori/netorare/cuck themes. Thanks to Yad-Scans for the release.

«Kimi No Doutei O Tabetai (“I Want To Eat Your Virginity”) [English], by Plum
Kikuushi No Seikatsu Volumes 1, 2 and 3 [English], a pack of 3 doujinshi parodying the Granblue Fantasy game, by Nanase Mizuho»

Decent art, bad sex, and an even more awful story.

And, suddenly, without the guys aging a day, their “daughters” are of an apparently legal enough age (not lolis) that the manga-ka brings in incest.

Reading the description got me interested: How brain-dead were these people? Answer: More than I could possibly believe. These are some of the DUMBEST, STUPIDIEST CHARACTERS OF ALL TIME, OF ANY MEDIA FORMAT, FROM ANY CULTURE. Compare this to the recent collection by Kon-Kit of his current Kaya stories. Kaya is an absolute airhead, falling into sexual situations for the dumbest reasons, but it’s sexy, fun, good sex, and she’s a fun character, because there’s a strong comedy factor at work (Like agreeing to have sex to pay off her late father-in-law’s debt at his funeral, complete with the father-in-law possessing both her and then one of the money men…only to discover the debt was a mere $250, LOL).

Comedy was the only chance this story had, and it’s non-existent. The entire premise, guy shooting blanks, meeting a random couple through an ad for sperm donation, instead of going to a fertility clinic, is just so mind-boggling stupid. Seriously, there are a dozen more believable scenarios to get the same result (plenty of which “Gosh, Alpha Senpai, that’s so good of you to volunteer to help us”, are still dumb, but not braincell killingly moronic as this crap).

One last warning: No drinking games reading this! If you take a drink for every laughably stupid decision taken in this story, you will die of alcohol poisoning, even on non-alcoholic beer.