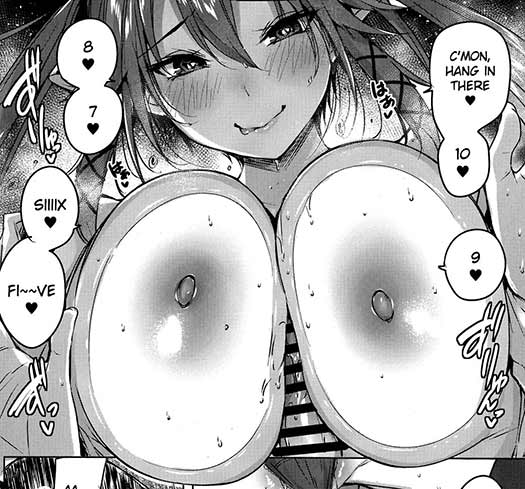 Nice. Here’s the 5th Koakuma Setsuko No Himitsu volume, resuming where we left in the volume 4 and adding almost nothing to the scenario (well, a massive pointer was given for the following up, so there’s that.)
We’re once again shown the highly sexual relationship between a normal male highschooler and his classmate, who became a succubus (“because hentai”) and now has massive fun exercising light domination on him, teasing him, adding occasional verbal abuse, and “managing” her ejaculations. The boy likes it after all (let’s be frank, when we were teenagers we’d have welcomed anything happening to our dick), but we’re nowhere near vanilla.

Thanks to HikkiDays for this release!

–Update: the present post has become obsolete, follow that link for a larger and more complepte repack!

so what happened to the other 3 volumes?

They’ve been translated. Oliver just hasn’t got around to sharing them here. Check ehentai, you’ll find 1, 2, 3 and 3.5.

i dunno about anything boss, blender doesnt sound like an enjoyable option XD

Hmm, … seeing as it’s consensual, I have no issue with the contents of this volume. However, I still regard it as a place-holder, while waiting for the next installment of “The Evil Of Commons” by Tomohiro Kai / Ink Complex.