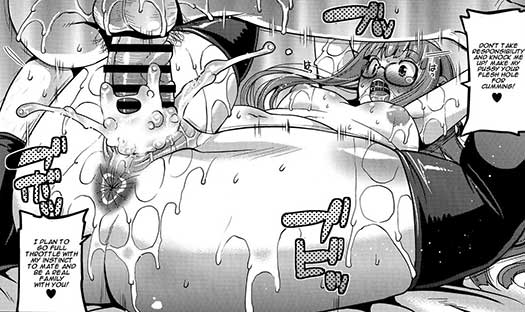 I gathered here three works by Utamaro, recent or not, that I had yet to share. They are:
– Do S Na Jyoushi Wa Mesu Dorei
– Let Us Start The Sex, a Persona 5 parody
– Sekai Seifuku Shichatte Gomennasaix, a Guilty Gears parody, not sure which one of the Guilty Gears it is.

At least, graphically, if you want meaty and often plump ladies enjoying intense fucking and fantasizing on becoming pregnant, you’re in for a treat. Occasional ahegaos, large hips, very large breasts, multiple black bars censorship (at this point I don’t know if this is a good thing or not anymore, there’s better but there’s also worse), check it out maybe

Doujin-Moe, Phantoms Joker and Seven, Zero and Five from Zero Translations, are behind these releases, many thanks!

By Utamaro, I also share Marriage Life With Demons (176 pictures), Osananajimi No Obasan Ga Seiteki Sugiru (“My Childhood Friend’s Mother Is Sexually Excited”), Muramura Diary and the Uncensored version of Amamai After Story.

END_OF_DOCUMENT_TOKEN_TO_BE_REPLACED 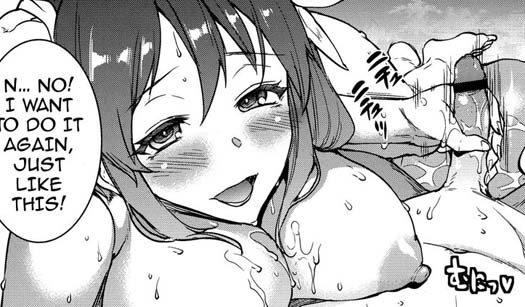 Dizzy, from Guilty Gears, works in a brothel, and gives a young virgin male a quality deflowering. End of the summary ^^
What else to add? Hmm, she is very plump, enjoys the sex, has unreal huge boobs, and is presented as whoring herself behind her husband’s back.

For the rest, it’s entirely up to you, whether you love Erect Sawaru’s generous Rubens-like style, or note. Thanks to Dark Knight for this release!