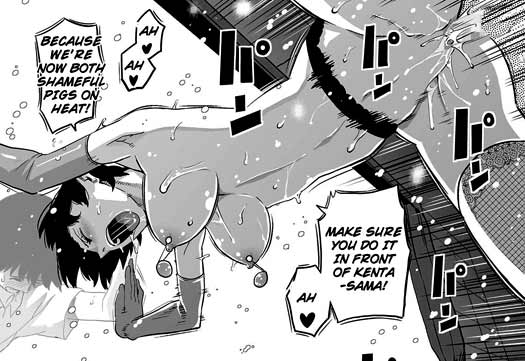 I’m mostly sharing it by request, also because I know it’s going to please a good number of people, and I like being nice. So, there you are, the episode before the gigantic NOPE known as Hahaoya Shikkaku Elite Oyako no M Buta Netorare Tenraku Jinsei Epilogue Oyako-hen (“An Elite Mother And Son’s Fall Into A Life As Masochist-Pigs – Epilogue: Mother And Daughter Chapter”).

I took the liberty of recompressing it for you, without a difference that would be visible to the naked eye, the zip’s size fell from 347 MB to 179 MB (169 MB smaller, woot !)
As for the story ? I view it, from my personal point of view, as despicable shite, women are viewed as sows, and men are either dominant alpha males for whom everything is granted, or submissive pieces of shit who must have their pride crushed even when they’re granted access to the sows’ orifices. Fucking sigh :facepalm:
Still – I know lots of you disagreed previously, but, hey, it’s my blog

– I had to bow to the energy and dedication poured into this comic, no easy route was chosen, lots of efforts were made. I don’t like it, but I can reckon this is now low quality shit, this is high quality shit

Credits for the release are for Rinruririn, Kusanyagi and Herzer, and this is following a suggestion by Gelleyenk that I’m sharing it

END_OF_DOCUMENT_TOKEN_TO_BE_REPLACED 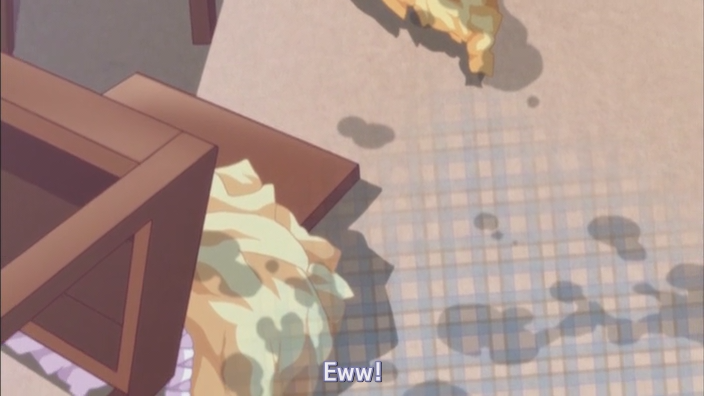 So, three weeks ago I posted something that had a scene in it that I was sure Oliver was gonna say “NOEP” to. Surprisingly enough he said “lolkay”. I then asked “…well, can I post the series that scene came from?” and including the below screen caps to which he, even more surprisingly said “YEP”. I was seriously like “WAT” when I read the email.

So, couple warnings. First: Loli. You’ve been warned. Second: Although they’re called “Imouto Paradise” and “Imouto Paradise 2”, they aren’t sequels. The second one is based off the second eroge which has a different cast (who look identical to the characters from the first series) and is seemingly still on going as it has only had two sisters in it so far. Especially the lolis. So if you don’t like lolis, you can still fap to the second series (so far)! The first series also has non-lolis in too, tho.

And the final note: If you “played” Fap Hero, then you know that the first series of Imouto Paradise has some weird perspective thing going on. It’s drawn essentially in what would be POV style. You’re supposed to be the brother having sex with his little sisters, or someshit. This could very well cause you to have a seizure. So… watch out. The cameraman is batshit crazy at filming it seems! :V It is NOT like that in the second series.

The second series is a lot more tamer than the first. So far it has nothing taboo in (excluding the incest, obviously), first one is a tsundere and the second is a deredere. They’re only ~15 minutes long each (the first series was 30 each), so not that much happens plot-wise. Just fucking the whole time.

Everything was done by Subdesu-H. Erobeat also did IP2, but I went with SD’s just cuz they did the first one and the size was half Erobeat’s. V: 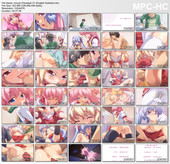 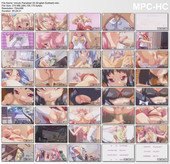 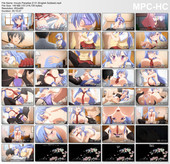 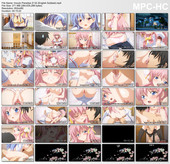 Can’t get shit to work? Then install CCCP.™

END_OF_DOCUMENT_TOKEN_TO_BE_REPLACED

One thing before I start: Uguu… I got hard reading my post for errors.

The tsundere sadistic imouto is back! In fact, she’s back many times. There’s fucking 6 of these so far, and all but one of them is on this post. I haven’t been able to find a copy of the most recent one on online yet, though. :[ But don’t worry! I’ll add it as soon as I get it! Just like I do with the Twin Sister series (also by ajaib suara and which also recently had an update that I can’t find online yet as well).

Since no one seemed to care about what I wrote at the bottom of the post last time, I’ve decided to repost it today. Please to be reading it this time. Kthx.

END_OF_DOCUMENT_TOKEN_TO_BE_REPLACED 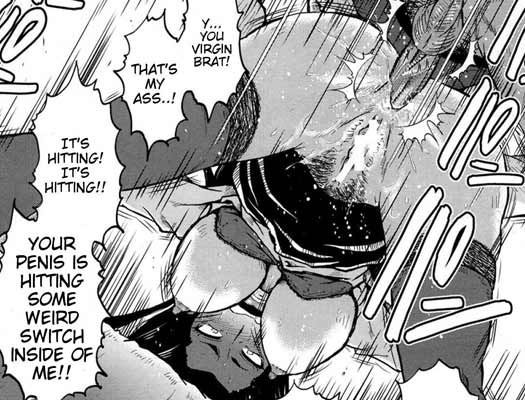 We have a male highschool student who found his female teacher on a dating site, and, in your opinion, isn’t a dicking better than a scolding ? Student and teacher agree :3

The sex is surprisingly good (plus : surprise buttsex ! That’s always amusing), even with the large white censorship rectangles. The woman has a reaaaaaally intense expression on her face, I was impressed

This has been commissioned by Sentrin and translated by Tigoris, from Tigoris Translates, thank you very much to them two

By the same artist, I also share Chief’s Job. 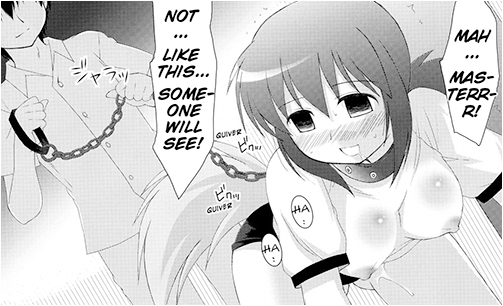 Hey guys~ HurpDurp with another manga release here! :3 This one, however, is not a Hurpy Hooves release. This is just a THMMY release where we partnered with MumeiTL to bring you two different Koe de Oshigoto! djs. (Although, one of them came out awhile ago but Oliver never posted it for some reason…)

Anyway, only problem is the only scanlator of it (Tonigobe) is shit slow (last release was in NOVEMBER). I wish someone would fix that problem.

There are slight spoilers in this, so you might wanna catch up before reading it. Also, the second one (Onedari Joshi*sei) has a Puberty Crazies joke lol :3

Alright, so, Mumei translated both of these, and edited AND scanned the first one. Kusojijii TLC’d them and I did the editing for the second one but only QC’d the first. Other QCers include: Animu (1st), Ghost (1st), Quanth (1st), HenAi (2nd) and JobT (2nd). Also, Red Vodka was kind enough to translate the second dj’s afterwords, but he wouldn’t do the first one for some reason

END_OF_DOCUMENT_TOKEN_TO_BE_REPLACED

Yo~! Hurp here. There are only 4 audios this time again. I’m sorry.

However, two of them are hypnosis sessions this time! And one of those HAS NEVER BEEN POSTED ON THE INTERNET FOR FREE EVER BEFORE ANYWHERE. Yeah man, I’ve totally got new content that’s never before seen the pirating light of day. You mad, DLsite? Also, why are you following me on Twitter?

I enjoyed everything on this list. Nothing is bad. In fact, one of these four is the best audio I’ve ever listened to in my entire life. I highly suggest you download it at least no matter what.

END_OF_DOCUMENT_TOKEN_TO_BE_REPLACED

Can I stop saying I’m HurpDurp yet? I would think by now people know I’m the one posting these…

Well, whatever. Today I bring you 5 new audios (only four are pictured here, cuz one is loli so I had to scrap the image – it’s also the only hypnosis audio too)

BUT WAIT THERE’S MORE!!! I’ve finally got Oliver (because I don’t have that ability :<) to make me a poll for whether or not I should include the non-sound effect versions of audios. Why would I like to do this? Because it doubles the size of the files, and if no one is even using them, what’s the point of including 200+ extra MB? Complete waste of both of our bandwidth, not to mention HDD space and the fact that double the file size means it’d take doubly as long to download.

For those of you don’t know what that means : Sometimes (for instance, the second recording shared right here), the recordings have more sound effects in them than just sucking. I’ll assume you’ve had sex or at least seen a porno by now, so you should know when someone is fucking flesh against flesh makes a loud slapping sound, there are also other things like hymens being broken (all my hnnnng), or, hell, even the sound of the bed moving while you’re fucking. None of those would be in the “No Sound Effects Version”, that’s why I personally prefer the sound effect versions because it’s more immersive in my opinion. Granted, there are some sound effects that are out of place and some that are just downright hilarious. The greatest example of sound effects was the Drama CD for Idol Sister, that shit had them fucking everywhere. It did NOT include a version without the sound effects, however.

If you still don’t understand, or would like to make a comment of any kind about this, you’re welcome to do so in the comment box below.

I’m having problems with the hosts again, so trying out two new ones again. Vidpe died the day after I started using it and Filegag seems to always download an exe unless you go out of your way to get the direct URL by copy and pasting it into your browser address bar. So, fuck those shits. Any suggestions would be wonderful especially considering that NONE of the sites I currently still use (including the two I just added) help me fund purchases at all now ;~;