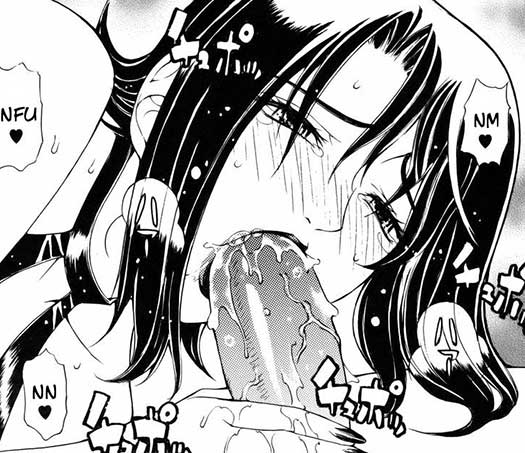 Until today, I had never heard of Moyasimon (also known as Moyashimon, you can read it here). It’s certainly interesting as premises, a young man entering agricultural school and gifted with the skill of communicating with microbes

I’ll try to read it myself when I have more time, a few days from now, that idea, to be able to communicate with microorganisms, is something I never came upon before…

In this doujinshi, a boy looking like the main character and another woman from the series, called Hasegawa-san (in case it means something for you guys ^^) end up having sex after the girl ate aphrodisiac chocolates (no spoilers, but… :3 ).
The drawings are clearly inferior to what Tokie Hirohito has done in other volumes, but it’s not bad in itself, see for yourselves

We owe this release to CopyOf, thank you!