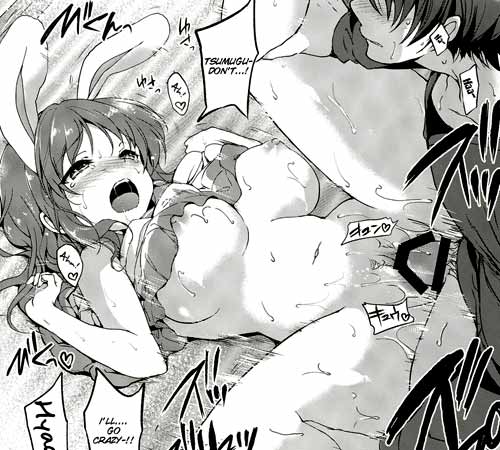 – Would you like another glass of plum liquor ? – Just a finger! – You don’t want plum liquor first ?
*cough* (Not) sorry, lame French joke from a movie

Tsumugu and Chisaki, two characters from Nagi no Asukara, who seem to be friends but not lovers, have a one-night fuckathon, apparently thanks to the girl’s idea of drinking peach liquor and putting on bunny ears. Hey, why not

There are a bit of feels (looks like they felt something for each other but didn’t voice it until now), and, more importantly, good sex

Intense, well served by the drawings, and then there’s the girl’s outfit, a sort of sailor uniform with bunny ears, and boobs like that underneath ? Hoooo, yeah \o/
This doujinshi was scanlated by SMDC Translations, thank you very much!