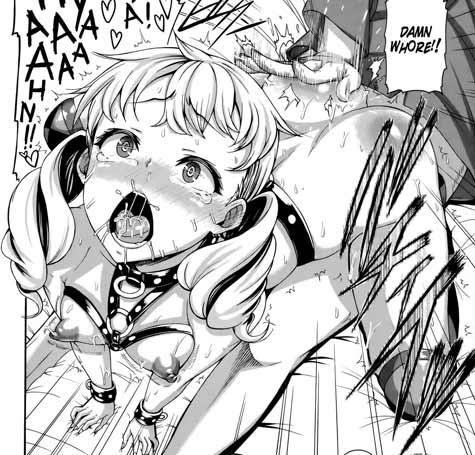 With an extra-large smile, I was whooping and cheering for the female heroine in that share, and yet the action that is depicted is totally outside of my comfort range and it’s not even a download I would recommend you. Talk about contradictions ^^;;

Here’s a gist: our heroine has hard BSDM fantasies, wishing to be bound, spanked, throatfucked, abused, analpounded (yeah, I just created a verb, deal with it), and yet the boy she dearly loves, and who loves her back, is, to make an understatement, a huge wimp, he hasn’t even fucked her yet.
Drama: after an accident, the boy suffers a temporary memory loss.
Eureka: she “fills him in”, he was her severe master, punishing her hard, and to help his memory come back, let’s start at once!!! :3

I’ll commend the art, it was hard, strongly contrasted, highly suiting the hard action, the ahegaos, the girl’s twisted ecstasy faces. In itself, it’s very good stuff, just not the stuff I love. This has been released by Tech, Acedia, Axalon, Tech and Inkblot, from The Phoenix Syndicate, thanks for this quality work

END_OF_DOCUMENT_TOKEN_TO_BE_REPLACED 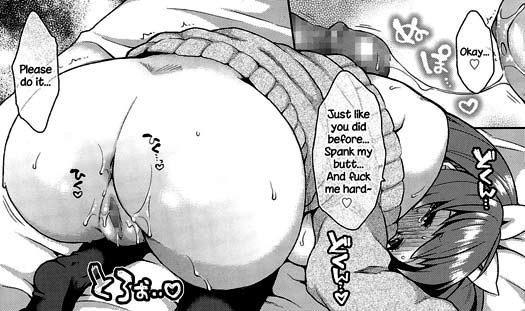 Huhu, that one was nice ^^ A boyfriend is pissed at his girlfriend because she does nothing but laze around all day, playing games and such. He slaps her butt… and to his surprise, the moan she lets out shows she doesn’t dislike being punished for being a bad, bad girl :3
We don’t go bondage, don’t worry (or: sorry to disappoint! ^^), the rest is simply very pleasant mutually happy sex with a few more slaps on the butt.
The girl had a nice meaty (OK, plump) body, with big eyes, a ribbon headband, and just a jumper and panties… that was nice

Thanks to NecroManCr for this release!