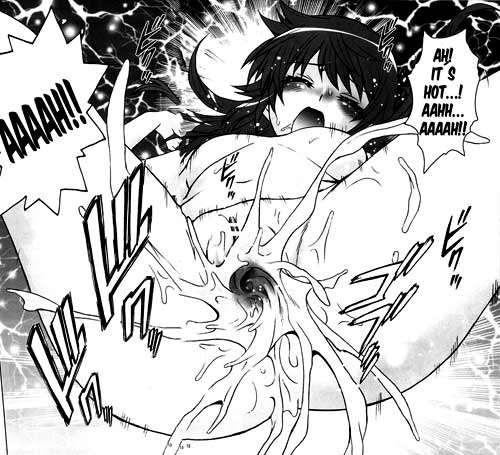 The Zettai Karen series starts with the three heroines at primary school age, and they aged gradually, arc after arc, until we had, at last, they were old enough and the artist, Shiina Takashi, could start having fun (like with the first nipple slip, in chapter 400 ^^). Here, Takemura Sesshu takes over, and offers us a very convincing, resembling and well- made pornified parody, in which the three girls, Shisho, Aoi and Kaoru, are shown having sex with Minamoto

The art is good, well-made, with talent also poured into making the male lead good-looking, and there’s always a light comedy set. Don’t expect too much, these are short doujinshi (only 69 images in total, for four volumes), but these were still the best Zettai Karen Children parodies I’ve read so far =)
Release credits are for Hao, thank you so much